Just hours after the world learned Muhammad Ali died at the age of 74 in a Phoenix-area hospital due to respiratory complications, fans and loved ones of the iconic boxing legend have taken to social media to share their memories and condolences. Hana Ali’s Muhammad Ali tribute provides a touching look at the athlete as a father. Just hours after her dad’s passing, Ali took to Twitter to share a beautiful, touching note about the kind of dad Ali was outside of the ring. Hana’s candid look at her father’s character — one that feels so strangely in tune with the Champ’s iron-clad attitude while in the ring — is telling of their relationship, and of Ali’s attitude about fatherhood as a whole.

Though there’s no denying that Ali flew like a butterfly and stung like a bee, it’s also incredibly heartwarming to see that he took that same approach to parenting his children as well. It’s comforting, in a way, that the man we saw dance inside the ropes of a boxing ring year after year was the same man to his children as he was to a nation of children and adults. So often now we’re gifted with a kind of celebrity that makes it impossible to decipher who they are on the screen versus who they are off the stage. It makes losing an authentic icon like Muhammad Ali harder, if that’s even remotely possible.

Our father was a “Humble Mountain!” And now he has gone home to God. God bless you daddy. YOU ARE THE LOVE OF MY LIFE!

Ali’s personal Twitter is flooded with images of her dad. Some are captioned and give context to the memories she so publicly shared of him, while others speak for themselves: powerful visuals of a man who both loved his children and was loved by his children. 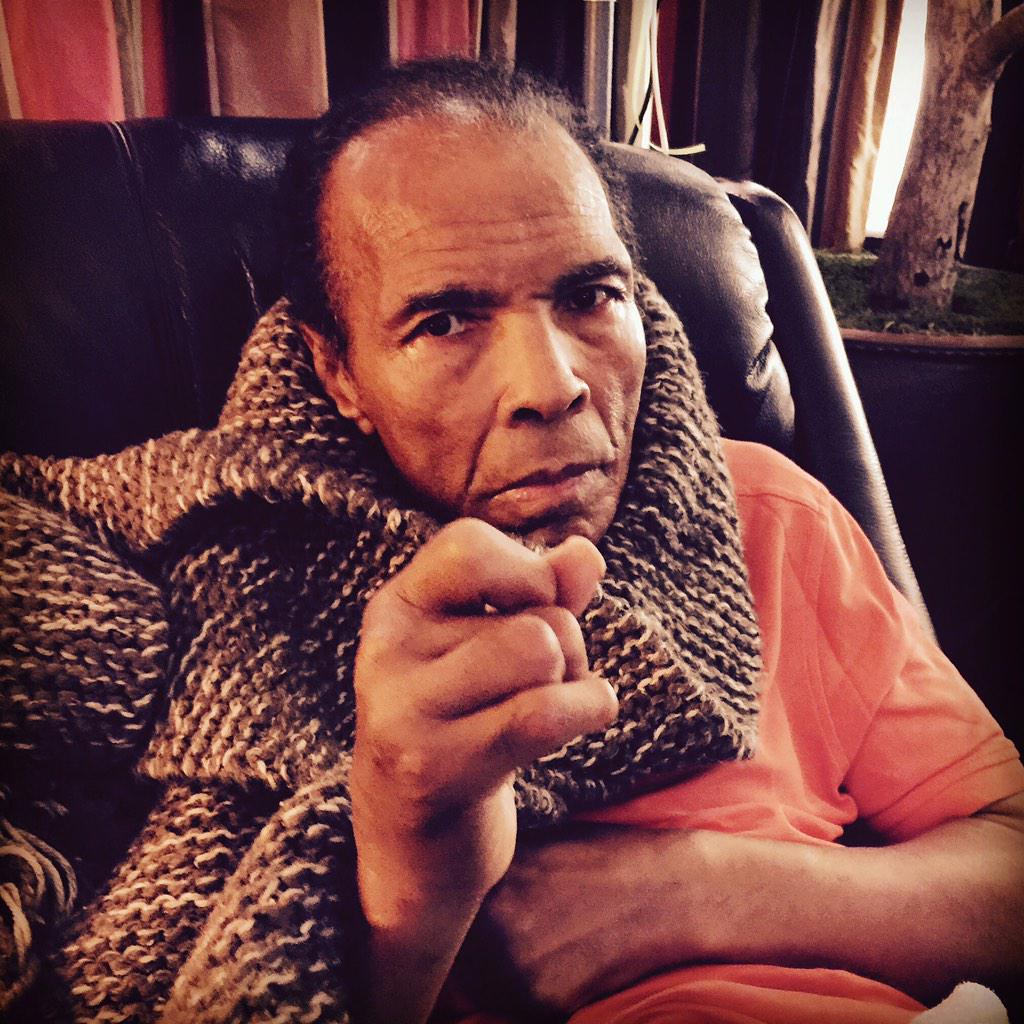 Some of the photos are of children — maybe Ali’s grandchildren or of friends’ children in with her father — and they speak to the pride Ali’s children, especially Hana, must have felt. I know I’m not alone in feeling that familiar heart swell as I look through these photos. They’re so personal and intimate; the kind of photos you’d take of a niece or a nephew or a best friend’s kid standing with or by your dad. The only difference is that Muhammad Ali’s persona was legendary, and, some would argue, as important to world at large as it was to his inner circle. 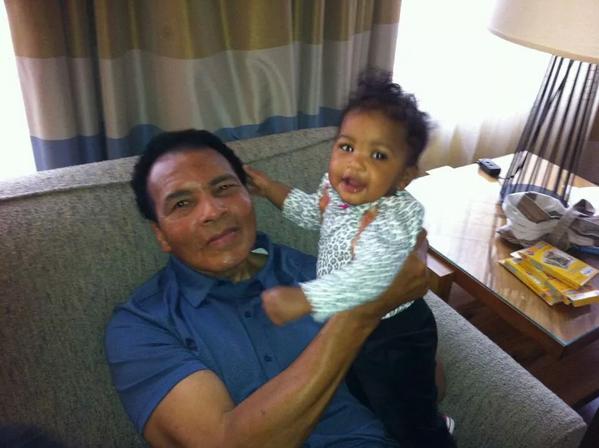 The pride Hana Ali must feel looking back on these is palpable. It makes losing a man like her father hard for the rest of us, but indescribable for his children and his grandchildren. Like so many other things that serve as memories in times like these, I hope that Hana Ali and her siblings are comforted by these reminders. As much as we’d all love to believe Ali was everyone else’s, it’s not at all lost on any of us that most importantly, he was theirs.

A former Youth Division Aide and Mental Health Therapist with the Office of Children and Family Services turned his reduction-in-force experience into a win-win situation, and many are reaping this harvest. When Tyrone “Zire” McCants, who is also a versatile services photographer and visionary in the Phoenix, AZ, lost his job; he took his youthful interest in photography and his prior knowledge from working in a family-centered position into new ventures. He even figured out a way to coincide his two passions into meaningful opportunities to advance his cause. The layoff he faced freed him up to develop his photography business (Zire Photography & Graphics) and to showcase his skills as a prolific artist. One of those ventures that McCants created was an initiative called Proud Poppas United; which is a community-based group designed to strengthen the bonds between fathers & their children. It aims to encourage a tradition of fatherhood and family, increasing the number of active fathers in our community. When McCants isn’t intellectually cultivating his repertoire of talents, he manages to merge his interest in photography with his desire and passion for fatherhood. Using the Proud Poppas Photo Project, as his flagship initiative, he displays images which celebrate and encourage the pride of being an active father. In many minority and ethnic communities, there is a progressive concern of absentee fathers and the devastating effects of this challenge on our children, our families, and community. He also believes that by displaying these images will help to shed light on and celebrate the gift of fatherhood. He hopes that this movement will also become contagious and bring other men closer to their children and families, and encourage a presence of well-being and development in our children, our families, our communities and our people as a whole. McCants quotes that “My scope is capturing the energy between a father and his children” and that’s what he is creating through his community development initiatives. Through, a first look into the reality concerning “Responsible Fathers” many disturbing statistics and contributing factors related to absent fathers. But, to the credit of McCants, he has been able to overlook the negative stereotypes and prejudices that have perpetuated his community and rise to the occasion. Although, he wears many hats that provide guidance and leadership to the infrastructure of his life’s purpose. To all of the fathers out there with the silent victories of triumph and the principle-centered leadership; who fight depression, financial woes, relationship conflicts, the penal system and the racism of our day; McCants say’s “Thank you” for all that you have been able to get accomplished behind your veil of anonymity. You have just endured the last 13 years of this millennium, and you are still here to tell about it. Although some will say that these last few years have been amazing they are still asleep to the fact that; we (The black community) must work with higher ideals versus dollars and cents. We must look within ourselves and see us as being brave, black, accountable, and reliable. The truth of the matter is that you are embracing fatherhood but at a frequency that may not be understood. I am with you as we will not look at the diluted statistics but at the “transformational leadership” that is displayed by all black fathers and role models everywhere. Don’t give up now as our families are leaning on you in these times of difficulty to represent us to the best of your ability as the “Mighty Men of Valor.” You are the man for the job, and now it’s time to come out of hiding and show the world what real black men look like; and we represent as a tribe of Intellectual builders, teachers, warriors, leaders and Kings. “Fatherhood is not a right; it’s a privilege. Your children are the best part of you. I send my love to this new generation of fathers who have learned from the sins of the past and take a very active role in the lives of our children. ~RAPPER TALIB KWELI, FATHER OF TWO
View all posts by Proud Poppas United »
« My Dad Rocks Event celebrates fatherhood in Middletown | www.journal-news.com
What does being a father mean to you? Ronald… »